How does role playing help my child?

Whist role play is a fun, and a ‘playful’ activity, it is also a key component of learning. Role play is essentially learning through play.

Role play with children at school or nursery

Learning through role play is so important that within the Early Years Primary classroom and nursery schools. There is usually even an assigned role play area. This area can be decorated to suit particular topics and props can be left out for children to use and explore.

Whilst role play is usually a child-led activity, the adult's role can be vital. Rules need to be clearly established with (or by) the children and an adult can prompt discussions or ask questions to help children think about their pretend environment and learn from it.

By getting the kids to make up the role play area with you and establish rules together they are more likely to develop a sense of responsibility for it. Children need to understand that the role play area is there for them to enjoy and there are rules. For example, if a child rips up all the paper there will be nothing for them to draw on, or if they start pushing and not sharing then less friends will be allowed in at a time.

Children can learn quickly the positive and negative impacts of their actions from role plays through the reaction of adults and their friends. 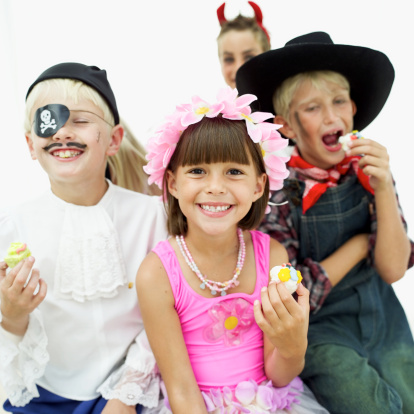 Why is role play with children so effective?

Role play is an effective learning tool as it encourages children to become active participants in their learning. They can move about, put themselves in someone else’s shoes, perhaps wear a costume and use props, communicate and make decisions in character, which will allow them to take risks and explore different areas. Learning from role play is therefore far more likely to stick with children than for example doing exercise sheets, mostly because they will be much more willing and enthusiastic!

As a teacher, it is a great sign if you see the children you teach in the playground acting out what they have just learnt. This shows that you have grabbed their attention and engaged their curiosity.

Most role play areas will reflect a real life context. Role play is therefore an effective way for children to make sense of the world around them. Setting up a doctor's room, supermarket, police station or even swimming pool will allow children to explore these real life contexts. In any role play area there can be opportunities to develop children's writing and Mathematic skills. Just leaving a pen and paper out will encourage children to write or mark-make without a fear of getting something wrong. For example, when setting up a supermarket, you could make blank shopping lists for the children to write on or give them pre-made shopping lists for them to collect items; so 3 oranges 5 lemons; this will encourage younger children to practice counting for a purpose other than assessment in a classroom.

Impact on your child learning another language

Role play is especially beneficially for developing language, both for children with English as an additional language and for native English speakers. As well as vocabulary and language, role play develops a toddlers communication skills as they communicate with each other in a safe environment. Role play is the most effective way of acquiring language.

In essence, role play provides opportunities to develop skills in various different areas of the curriculum for example:numbers, history, culture and many other areas.

Role play is a great way to learn at all ages!