How did you start writing and was it as a child?

I was always a chatty child, but I had a bookish older sister. We used to go on long car journeys and my sister would want to read and I would be jabbering on. My mum gave me a journal and said, 'don't talk'.

What do you think writing stories gave you as a child and then as an adult?

Writing gave me a form of escapism - and it still does. I love getting totally lost in my stories and not knowing how they're going to turn out. I think surprising yourself is a very valuable lesson to learn as a child, as it builds your self confidence. When I was forty, I ran a marathon, but I can honestly say that finishing a novel was much harder.

How many children do you have now?

I have three daughters.

What activities do your children like and do you want them to be writers?

I think my eldest daughter will definitely do something with her creativity. Like me, she's a story junkie and just want to know what happens. She can always predict the end of films. All of my girls have been surrounded by books their whole lives, so they read a lot. They also like rollerblading down on the seafront and swimming. My youngest is having a hula-hoop phase - actually a hula-hooping and rollerblading at the same time phase. I don't know if they'll be writers. They certainly know how hard a career it is. We have a tradition that they always type THE END when I've finished a novel, even if it's in the middle of the night. I'm usually exhausted by that point and tell them to look at me, remember the moment and be accountants! That said, I have been extremely lucky to be able to combine a successful career with being a mum and being there for all of my girls.

What piece of advice do you have for Mums and Dads out there?

If your child presents you with a story they've written, encourage them. If a child has written something creative, then see the fabulousness of their imagination and not the faults in their technique. Spelling, punctuation and grammar doesn't matter. That can all be sorted later. Praise them, encourage them and give them lots of tools to follow their creative journey - particularly books to read.

Joanna Rees is a best selling author from Brighton. With 14 published books under her belt, she also writes a light hearted blog about life as a novelist and mum called mumswritebooks.com

After spending her childhood in Chelmsford, Joanna went to Goldsmiths University in London to study for an english and drama degree. After graduating she did a series of odd jobs, including sandwich delivery and writing the blurb on the back of Sugar Puff cereal boxes.

When she was 25 years old she decided to write a book and after getting an agent, It Could Be You was published. It was at this point she met her future husband Emlyn, who was working as an assistant to her agent.Together they decided to collaborate on Come Together, a take on life in your twenties from a male and female perspective. It was published in 27 languages and made The Times bestsellers list. The couple have gone on to write a further 7 books together, including We’re Going On A Bar Hunt.

Joanna is a full time novelist and has 3 daughters.She also writes under her maiden name of Josie Lloyd. 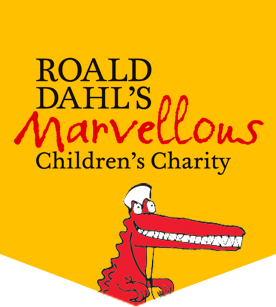 Roald Dahl's Marvellous Children's Charity is dedicated to making life better for seriously ill children in the UK. It focuses on those who have the biggest needs and who are not fully supported by anybody else. This maybe because of a rare condition, they are living in poverty or have no family at all.