Oops, there was a problem with your submission

One or more pieces of information caused an error. Please see below for problems and correct information where necessary.

This week is Anti-Bullying Week. In past years, I’ve been only vaguely aware of this event – with two small children (4 year old Gammon and 2 year old Chips) it has felt like a while before I’ll need to start worrying about a term like ‘bullying’. But this year Anti-Bullying Week couldn’t be more relevant or important to me.

On 17th September this year, a dear family friend of ours, 14 year old Devon schoolgirl, Izzy Dix, took her own life after being bullied at school, in the community and online. She had been bullied over a period of about 18 months, and to everyone’s huge shock it seems it all took its toll on her one tragic day.

At her mum Gabbi’s request we’ve started a campaign to raise awareness about bullying and the damage it can cause.

We have called it ‘Love For Izzy Dix’. 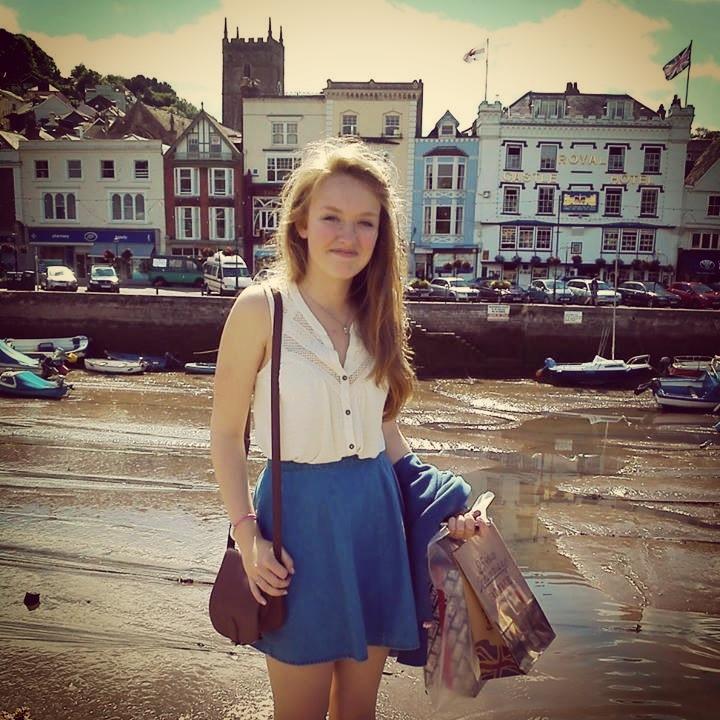 It’s titled this for two reasons. Firstly because we want people to hear about Izzy’s story, to send love to her memory and to let Gabbi know they are thinking of and supporting her at this heartbreaking time. And secondly, because we want young people to consciously think about following a path that involves loving others rather than spreading messages of hate and negativity.

Love was what Izzy was all about. She was a happy, friendly and thoughtful girl who was mature in her outlook of the world. She was always helping others. Her friends say she would happily drop what she was doing to offer positive advice. She volunteered for a local charity called ‘The Edge’ which ironically helped
teenagers in need. She was a great supporter of women’s rights and a passionate member of Amnesty International.

Izzy wasn’t one to abuse the bullies back. She knew that wasn’t the way to stop bullying. That didn’t solve anything – rather, it just perpetuated the problem.
After all, two wrongs don’t make a right. Instead, she wrote a poem about the bullying which is both poignant and difficult to read given the outcome. 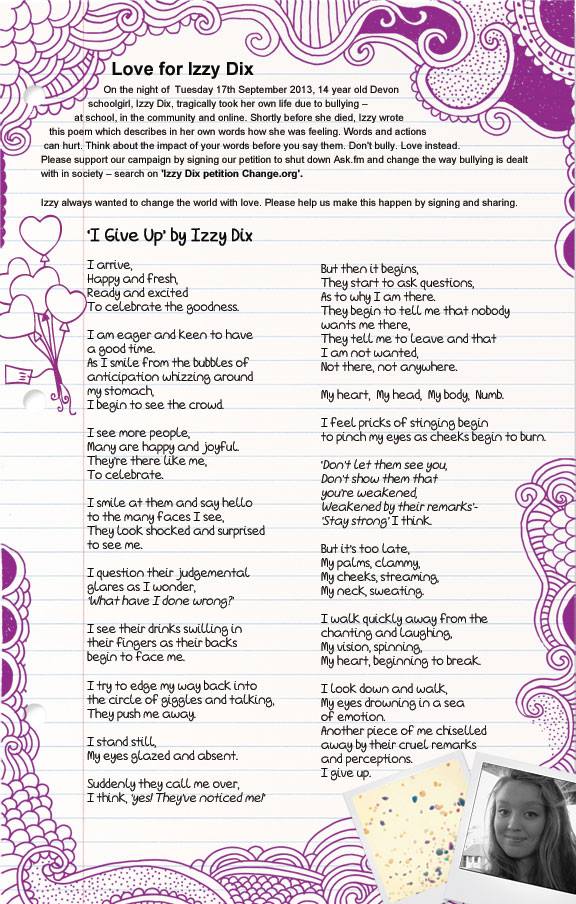 Izzy had an upbringing where love had been the centre of her world. She was an only child to a single mum and as such, she and Gabbi had an incredibly strong and loving mother/daughter relationship where they discussed issues sensibly, intelligently and maturely. They talked openly about the reasons why kids bullied her. She understood that it was because of their own low self esteem. Izzy was bright, kind and beautiful and they were jealous of her talents. Somehow, by putting Izzy down, they were trying to lift themselves up. She recognised this and tried to turn the other cheek.

This is why ‘love’ is at the heart of our campaign (pun intended). Surely love is the most effective long-term solution to bullying? Love has the power to protect those being bullied. And love can stop bullies from bullying in the first place.

We need to teach our kids the power of love, kindness, empathy, compassion and respect. They need to understand from a very young age that not everyone is the same, and it’s OK to be different – differences should be celebrated, not picked on.

As a group, we’re campaigning for many things. We’re lobbying the government for real change to the way bullying is dealt with in society. You can read more about what we’re trying to achieve here and here.

We would be so thankful for your support.

Please help us spread the love. 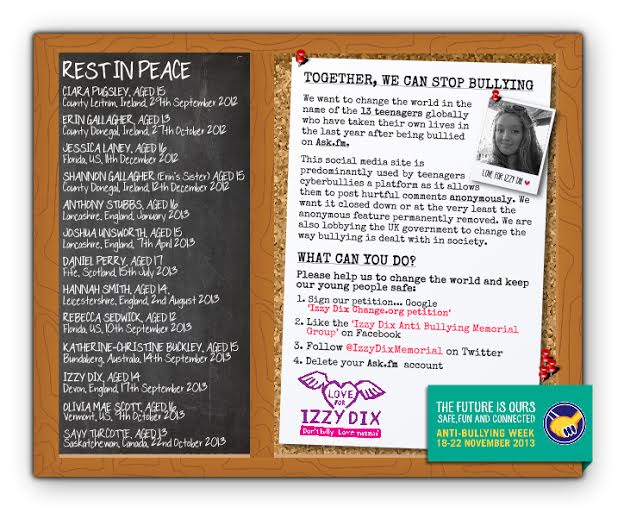 This entry was posted in KalliKids News and tagged Anti Bullying, Love for Izzy Dix, Parenting.
Return to blog listing

Are you fantastic? Apply now for

Join as a service provider